This is the age of the bot. They’re becoming increasingly important in every industry and every business unit, from customer service to accounting and human resources. What exactly is a bot? In short, bots are automation scripts that run on a computer via software called Robotic Process Automation. RPA is programmed to mimic the actions or tasks of an employee on a computer.

An RPA developer builds a script that executes specific actions with any accessible computer application (e.g., local, network, web-based, or legacy) or digital file. Typical interactions can include entering and extracting data, inspecting and comparing data, following logic trees (if X then Y, else Z, and so forth), running reports, manipulating folders and files, sending and receiving emails, and much more. This technology's power is in its ability to work across a broad set of systems.

Though the result of a bot and a human completing the task may be the same, they may arrive at that outcome in vastly different ways. It’s essential to understand the difference between how bots and humans perceive the world, and how they complete tasks. Assuming that bots will see everything the way you do—that the things which are obvious to you will be obvious to a bot—leads to problems. Exceptions to standard forms get missed, data gets entered incorrectly into your databases, and your employees lose valuable time having to double-check the work that the bots were supposed to take care of on their own.

So, if you want to start using bots in your workplace—or if you already have! —you must look at the world through a bot’s eyes. With that in mind, here are a few examples that highlight the world according to bots.

Something that is easily readable by a human, like a bill, may require detailed instructions for a bot to read, parse, and understand the same fields automatically. A bill might contain lines of text all considered to be one “item.”  But let’s say that text crosses over from one defined column into another, crossing a vertical “line.”  Humans see these things and easily understand how to read them. Bots need to be taught or trained on exactly how to handle this exception.

Look at the two examples below. When you read them, you understand that, due to a printing error, the “Product and Description” has crossed over into the “Quantity Ordered” column. But a bot might not catch that—and as a result, the values they interpret for “Product” and “Quantity” may be incorrect, or it might fail to parse that information altogether.

Sophisticated scripts recognize the potential for these kinds of errors and have ways to sidestep them. Bots are only as good as the information they’ve been given—but these scripts can be very efficient in handling exceptions when they train the bot how to handle them.

Imagine the "Login" button on a website changed to "Submit" instead. A person may not even notice this difference: they can easily infer that the function of the button is the same. ​But a bot can’t make that leap of logic, and needs to be told to click the new “name” if the function is the same as it was previously.

​​​As above, it’s minute details like this that can most clearly illuminate the difference between bots and humans. Simply put, humans can make assumptions and do things without thinking, purely because “that’s the way it’s supposed to be”—you see a button in the same place, you assume it’s the same button. Bots don’t have that capability. ​​

​​Sometimes this is an advantage—bots can be more objective in performing analysis—but in cases like this, it presents a problem. Say you’re trying to download information from a website, but need to log in. The text on the login button is slightly different. You don’t care—you log in just the same as you always do and get the data you need. The bot, on the other hand, faces a roadblock—and needs some smart automation scripting to find a way around it.​

When you go to a site where you must enter today’s date or recall the date of service, you will find it extremely easy to simply choose the day you need to select. In contrast, bots must determine what day "today" is (for example) and click the applicable date from many possible x-paths/CSS selectors. The problem is even more complex when the bot uses image-based mouse clicks. ​​​​​First, you ​need to capture 31 images representing each day of a given month, then code which "picture" to click based on the day. Sure, once you’ve got the process nailed down, it’s smooth sailing—but you need to nail it down before the bot can take over.

People nowadays intrinsically know that an ellipsis or a “hamburger menu” will appear when they want to get more options for working with a visual on a dashboard or web page. They must hover over the display and then click the button for a drop-down to appear. From a human user perspective, it makes things look cleaner to keep extra options hidden, but it really slows a bot down.

The bot would either work out another way to do the action they were supposed to complete (edit, export, copy) or physically hover the mouse over the area and attempt to click before the button disappears again. As above, an interface that’s intuitive to humans can trip up a bot.

5. ​​​Identifying a name in a string of text

It is easy for humans to identify names in a ​long string of text within a document by using context and existing vocabulary, but it can be challenging for a bot to establish a set of rules that differentiate proper nouns from other words. As shown in the example below, formats can vary: a bot trained to expect to read addresses in the format of the “HQ” example below may have difficulty parsing addresses written in other formats. This can make it difficult to identify where names appear in a string.

Banking industry or government agency bots that use RPA scripts and run on a daily schedule may not be able to recognize holidays and adjust their automation accordingly​ without direct instructions​, as this requires the ability to consider and understand context.​ A​ person, by contrast can easily handle these situations without much thought due to their understanding of contextual factors (​and because they’re looking forward to the holidays themselves 😊)​. 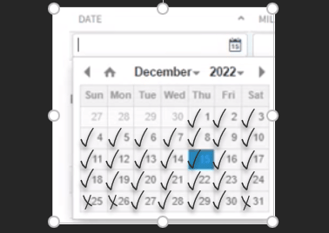 In the examples above, we've illustrated some of the inherent weaknesses of bots – intuition, flexibility, and the ability to choose a new path forward – but overcoming these challenges is well worth it when we consider the reliability, speed, and affordability of a bot that has been correctly instructed how to do a task.

Bots may require careful and thoughtful setup by humans, but once they’re programmed, they make life a whole lot easier and free your staff up to do the creative and analytical work that only humans can do.

At R-Path Automation, our team is fluent in “bot.” Our skilled Business Analysts, Solutions Architects, and Developers draw on their wealth of experience and systems to handle the complexities and challenges that can arise during automation projects. They are skilled at navigating potential pitfalls and ensuring that projects are completed efficiently, with confidence in the flexibility and reliability of the bots we deploy. If any issues arise, our team can quickly get things back up and running with minimal downtime. When you’re ready for automation to transform the way you do business, let R-Path be first on your list.